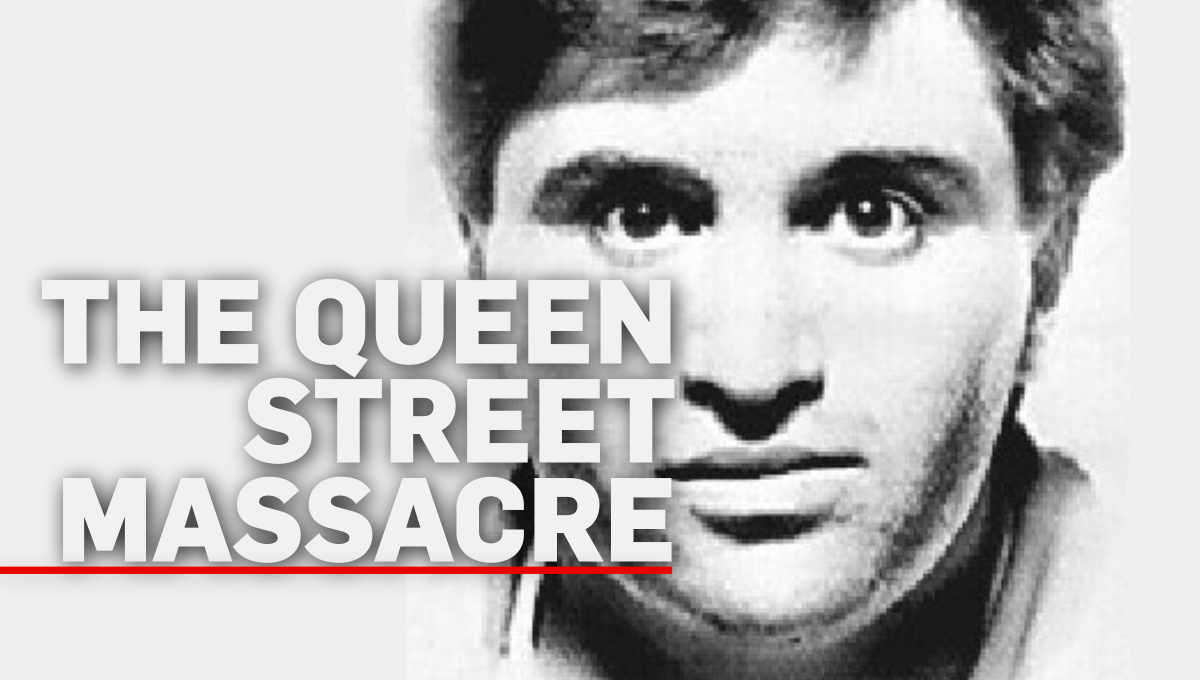 The Queen Street massacre was a spree-killing that occurred on the 8th of December 1987 at the Australia Post offices in Melbourne, Victoria. The attack resulted in nine fatalities, including the perpetrator, and many more injuries.

That day was anything but just another day as far as Frank Vitkovic was concerned.

Margelis was unaware of the hatred festering in Vitkovic’s mind. His otherwise normal day was almost over when Vitkovic called in to the credit union at 4.17 pm and asked to see him.

Seventeen minutes later Vitkovic was plunging out of an 11th floor window before crashing to his death on the footpath below.  Eight people died in those 17 minutes. Margelis survived simply because the weapon Vitkovic bought to fulfil his mission was faulty.

This was one of the biggest crime cases of the last century which went on to change gun laws, 30 years later we investigate the case and its repercussions.