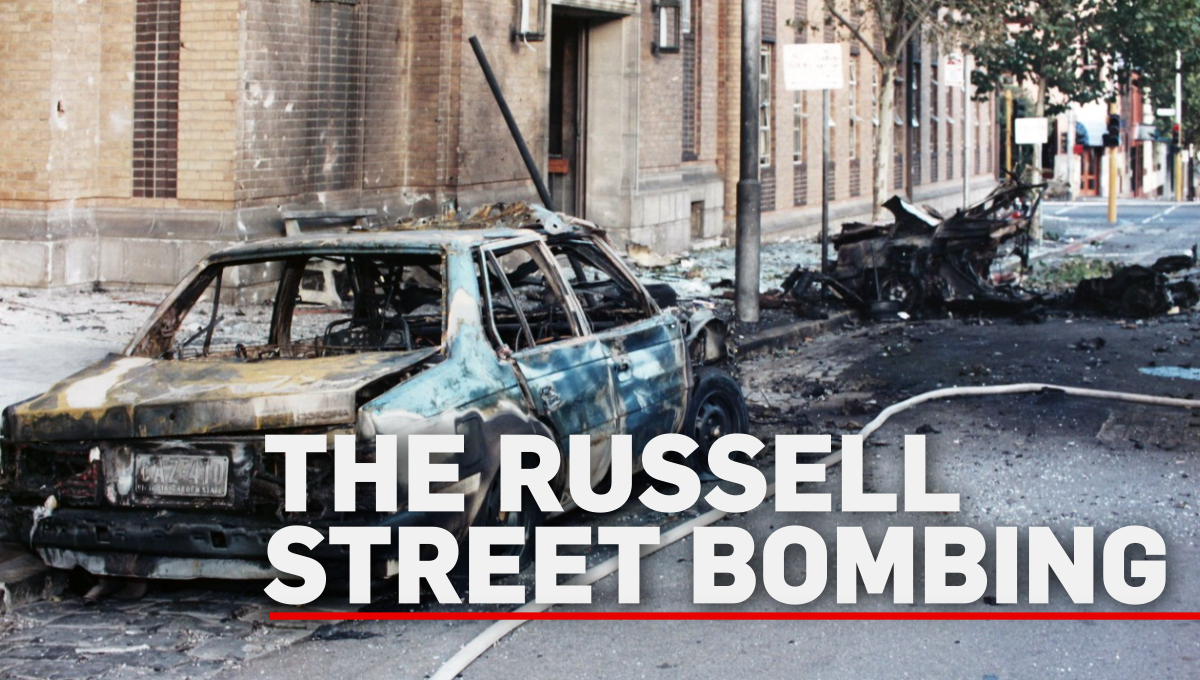 On Easter Thursday in 1986, a car bomb exploded outside the Russell Street Police HQ in central Melbourne.  Constable Angela Taylor was caught by the full force of the blast and succumbed to her wounds 21 days later in hospital.  She was the first serving female Australian Police officer to be killed in the line of duty.

The subsequent investigation into the bombing would change the face of forensic inquiries and lead to the apprehension of a gang or armed robbers with a vendetta against the Police.

The programme includes interviews with Angela’s parents, officers who carried out the investigation and survivors of the attack, many of whom haven’t spoken of their experiences before.  The episode also features previously unseen footage of the scene in the aftermath of the explosion.