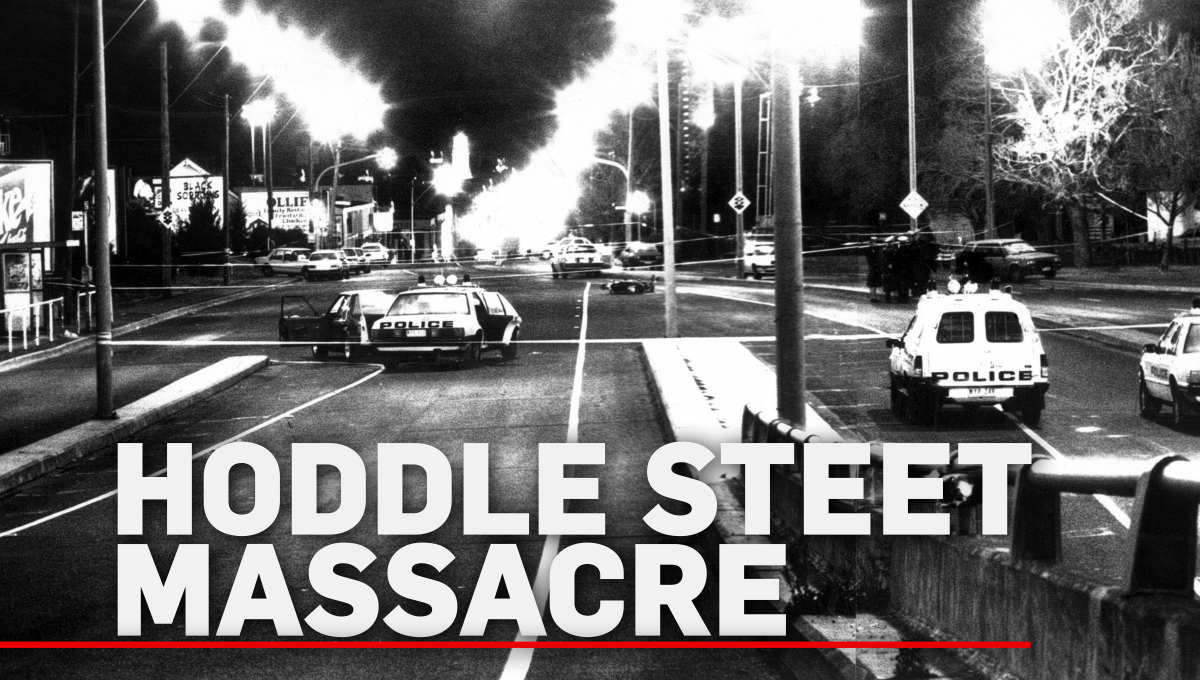 He was given 27 years minimum sentence and despite several legal petitions, the Victorian government has said it is unlikely he will be released.  Featuring interviews with survivors, Police officers and emergency responders we tell the true of story of the massacre.

The programme also features chilling footage of Knight’s Police interview as well as footage of the moment he was taken back to the scene and explained what he had done.