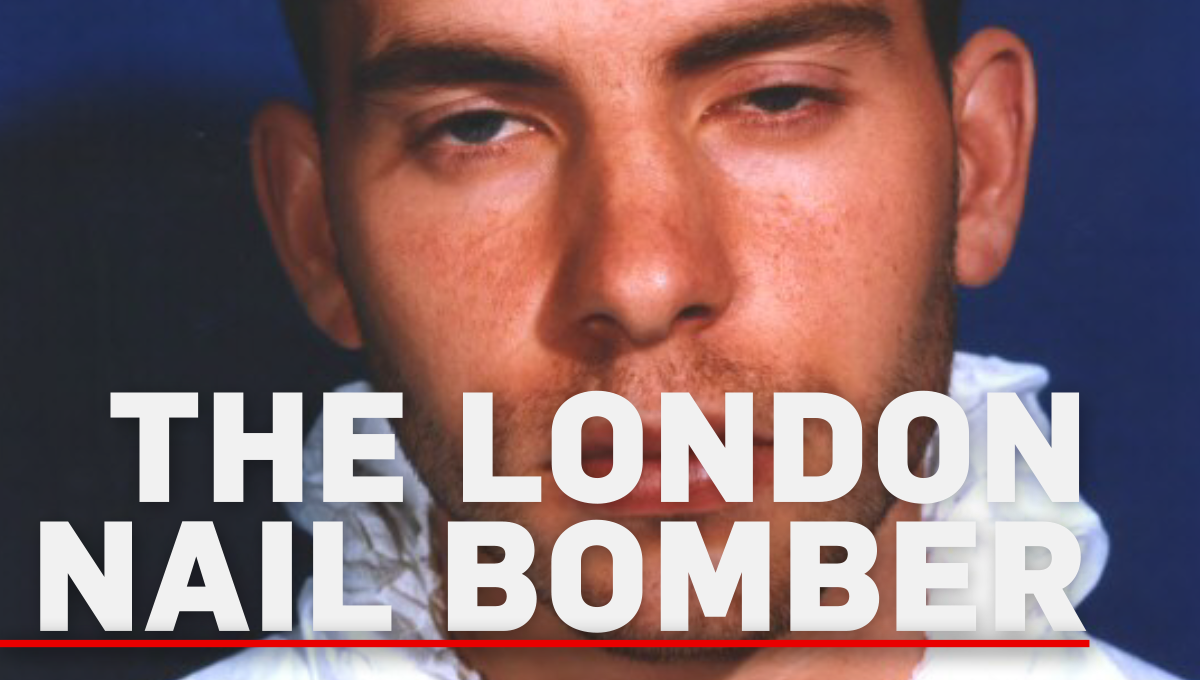 The nation’s capital was brought to a standstill in April 1999.  David Copeland, a 23 year old political extremist caused terror throughout London with a bombing campaign targeting the black, Asian and gay communities.  His homemade explosives killed three people and injured hundreds.  After 13 days and three explosions, the Met police hunted Copeland down.  He was sentenced to six life sentences.

David Copeland was a young British engineer’s assistant on the London Underground network.  In  two successive weeks in April 1999 bombs packed with nails up to 15cm long were detonated in a crowded market on Brixton High Street and in Brick Lane, centres of London’s black and Bangladeshi communities. More than 100 people sustained horrific injuries and one victim a baby boy was found with a nail lodged in his skull.

The MET Police released an image of the most wanted man in Britain.  A lone figure they believed was responsible for the two terrifying explosions.

Having attacked communities in Brixton and Brick Lane over two weekends, officers were in a race against time to catch the culprit.

Despite a nationwide appeal, the terrorist struck a third time.  The device tore through Soho causing the biggest devastation so far, killing three people including a pregnant woman and maiming many others.

This story is told through the eyes of the victims, family members, police officers and witnesses of David Copeland’s horrific crimes.