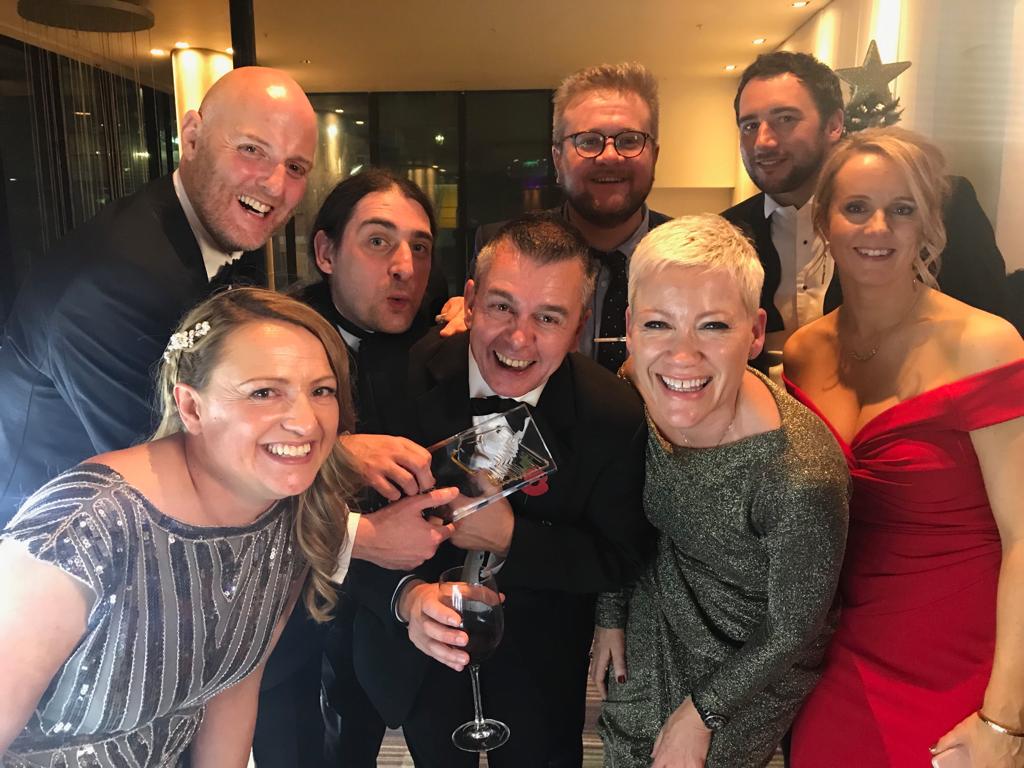 The Royal Television Society awards ceremony is a glitzy affair – the best of the North West turn up in their tux’s and fancy frocks to celebrate the fantastic talent we have here in the region. It’s the highlight of the television calendar each year.

It is an honour just to be nominated as competition is very tough. The standard of content now being produced in the NW is incredible. Two of our programmes were up for awards and that was a great achievement in itself. To be considered alongside such a talented bunch of people is really lovely. The reward is to be able to get dressed up and celebrate.

What a great night it is too.. as you walk up the red carpet and past the photographers who are poised, waiting to snap the celebrities, it really is a great atmosphere. It’s great to see so many familiar faces too, the TV industry is such a small world really and there are always lots of old colleagues to catch up with. With an air of anticipation and glass of fizz in hand we all took our seats for dinner and the start of the awards ceremony,  with this years host, Cold Feet star John Thomson. There’s a lot of awards to get through so in true Title Role tradition, the twelve of us on the table did a little sweep stake, whoever predicts the most winners takes home the pot of money.

Finally it was time for the winner of our first category to be announced. It was a total shock to hear our name been read out. The award for Best Regional Story goes to Title Role for ‘Manchester Terror Attacks: In their own words’. Wow. What an honour!

It’s the first time in 13 years that the award hasn’t been snapped up by BBC North or ITV. It really was a night to remember. Ian Bradshaw. Technical Director.

Series Producer Nick Broughall started the acceptance speech and Ian Bradshaw picked up where he left off giving a quick thank you to all the contributors from the programme and kept the speech humble. It feels incongruous to celebrate because of the nature of the documentary. We dedicated the award to Manchester. On behalf of the whole team, I’m so proud of this award. To have the hard work and diligence of the team rewarded like this is a real honour. We also owe a huge debt of thanks to everyone who took part in the programme – families, first responders and medical professionals trusted us to treat their experiences of that awful night with respect. Series Producer Nick Broughall.

Once you are off stage you are whisked off for photographs and social media interviews with your head still spinning with the excitement of winning. Once back at our table two bottles of champagne arrived, courtesy of Channel 5 and it wasn’t long before the tops were popped. We didn’t win the second award that we were nominated for but that didn’t matter. Competition was tough and even bringing home one award was a massive achievement to all involved.