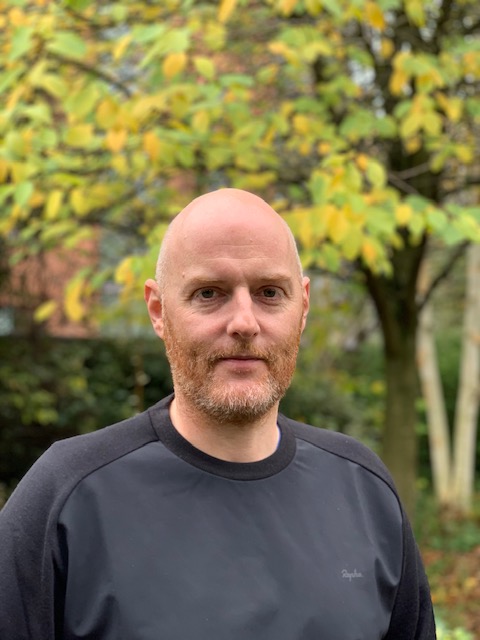 We’re so proud of the programmes we make here at Title Role and of the creative, dedicated teams who work on them. So as part of a new blog feature ‘Five Minutes with…’ we’re going to be delving into the minds of this talented lot, and getting to know a few important facts – and some not so important facts –  about the people who work on these programmes. We want to showcase the variety of people we have working with us at Title Role and spend five minutes getting to know them a bit better!

We thought we’d kick things off with the lovely Nick Broughall. A busy bee here at Title Role, Nick’s just finishing in the edit with ‘The Worlds Most Extraordinary Families’ a six part series for  TCB. He’s also gearing up to work on a new access documentary with British Airways.

Tell us about how and why you got into TV.
I was lucky – I managed to secure two weeks work experience at Granada Sky Broadcasting that then turned into 4, after which I was offered a job. GSB was such a great training ground – I learned how to shoot, edit, write scripts and ended up Producing in a live TV gallery – all within 2 years of starting.

What skills do you think you need to be able to succeed in this industry?
A thick skin, an understanding family, patience, tenacity, inquisitiveness, the ability to delegate and trust others.

Give us three reasons (yes just three) what’s so great about your job?
• The sense of satisfaction that comes with delivering a programme we can be proud of.
• The way TV opens doors to incredible people and their stories.
• Being surrounded by creative people all working towards the same goal.

What hobby would you get into if time and money weren’t an issue?
I wouldn’t swap riding my bike – I’d just buy better and more expensive bikes.

What job would you be terrible at?
Ballet Dancer – haven’t got the balance or the posture.

Tell us a joke…
My wife said I could never make a car made out of spaghetti. You should have seen her face when I drove pasta.

So, let’s do a quick fire round now:

– Books or box sets? – Books
– Coffee or tea? – Coffee
– Wine or beer? – I enjoy both on occasion
– Sausage or bacon? – Bacon
– Money or fame? – Money but happiness is surely the more worthy goal.
– Phone call or text? – Phone call
– Bath or shower? Shower
– Instagram or Twitter? Twitter. Instagram is just pictures of cats and meals isn’t it?