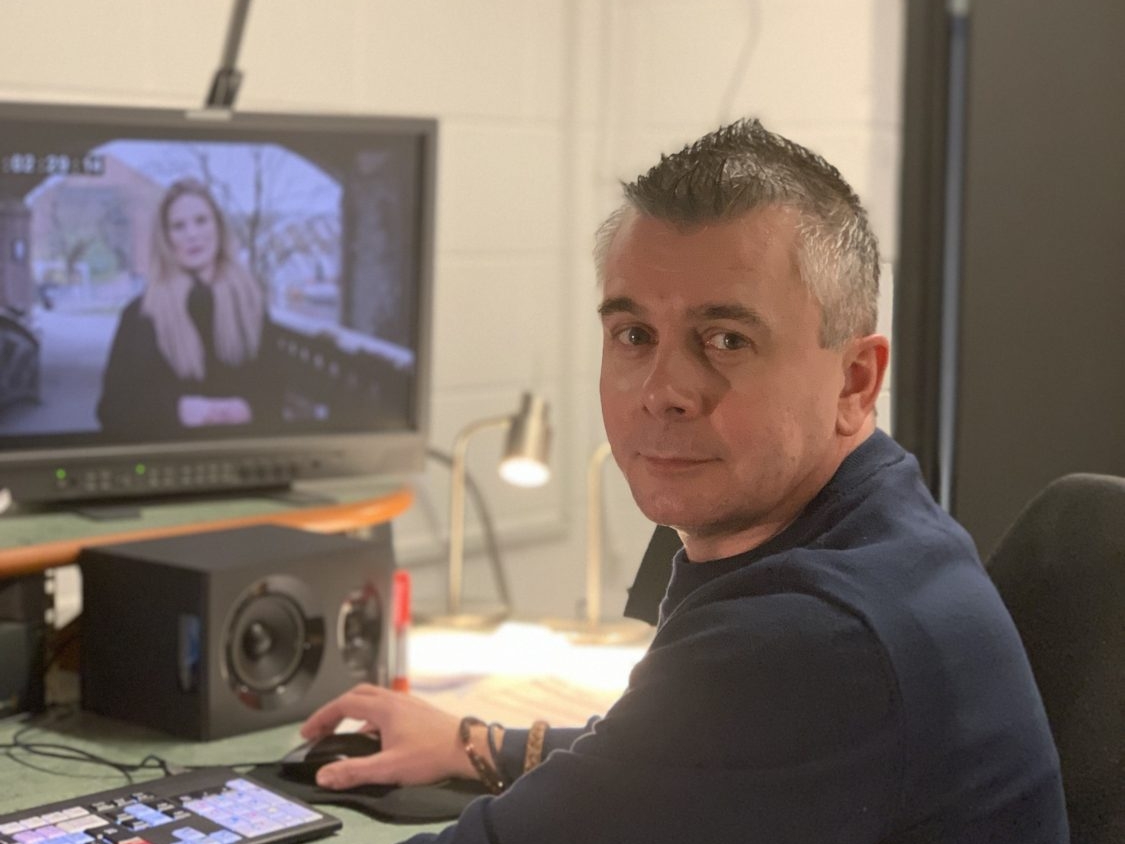 As Co-owner and Technical Director I lead a very varied life. I have waves of filming production then overseeing the running of four edit suites, online and our own audio dub theatre. Last year was such a busy one! It started with the completion of ten one-hour crime shows for Foxtel Australia in edit ‘Crimes That Shook Australia’. This was a relatively full-on schedule getting 10 hours of programmes through online / audio dub and delivery. We are a very self-contained production company, filming is mostly in-house with our own Sony FS7 kit with various lenses, lighting and audio. Edit is completely self-contained, offline, online, audio dub and AQC testing is all under one roof. Running at the same time as this was ‘Kids A+E at Christmas’, this was a fixed rig documentary filmed at Sheffield Children’s A+E department on Christmas Eve / Christmas Day 2017 for a 24 -hour period for Channel 5. The show was also running through edit at the start of the year and led nicely to our next commission also for Channel 5. The broadcaster also commissioned Title Role to produce 2 one-hour documentaries on the 100-year evolution of British Airways, this was a tight deadline of only eight weeks to research, film, edit and deliver both shows. One and a half weeks into pre-production and I was on the road filming as was Title Role’s Technical Coordinator Andrew O’Donnell and three weeks into production offline edit had already started. The whole production ran like clockwork and was at an incredible pace, it was a credit to everyone who worked on the shows to get them completed and delivered on time.

There was no let up in production in 2017 as we headed towards Summer, our next commissions had started in pre-production. Worlds Wildest Weather series 2 and World Most Extraordinary Families for TCB Media Rights, two very different series both consisting of six episodes each. World’s Wildest Weather in its second season, heavily archived based series of the worst weather from across the globe and World’s Most Extraordinary Families which involved a Title Role team heading out across to the United States and filming with families that had some very interesting lifestyles and past times! These shows didn’t involve a great deal of filming for me and weren’t due in edit until September so I became part of yet another Channel 5 production which was a documentary headed up by Alexis Conran delving into the running of a large all-inclusive hotel in Torremolinos ‘All Inclusive Holiday: Is It Really Worth It?’ which will be broadcast on 31st Jan 2019 at 9pm. I hadn’t travelled abroad for a filming production for a couple of years as I am so involved in the daily running of the business but this was a short filming run so it was time for me to grab my passport! A quick recce for two days in the resort and we were all lined up for filming. A production team of four boarded the plane for filming, for six intense days with two Sony FS7 cameras.

It was the hottest week of the year across Europe while we were in Spain which made filming difficult, especially in hotel kitchens where they are preparing food for 1,200 customers every single day! As the year started to close we had 14 shows running through edit and another show in production following British Airways for Channel 5. Edit was very busy and juggling so many shows through to delivery was challenging, six World’s Wildest Weather shows and six World’s Most Extraordinary Families shows for TCB Media Rights, Paedophile Hunters: The Rise of the Vigilante for BBC Three documentary and All Inclusive Holiday: Is It Really Worth It? For Channel 5. Coordination of all these programmes completing offline then going through online / audio dub / AQC testing and delivery was key as there just wasn’t any spare days in the run up to Christmas and all fourteen shows had to be delivered before Christmas. What did top off the year nicely was our Royal Television Award win for the Manchester Terror Attack, a very difficult film but very sensitive film and was a very worthy winner of Title Role’s third gong. So that is 2018, it was busy, exciting and full of variety…….roll on 2019!